Our History | Making A Difference |  Financial Reports | Board of Directors | News 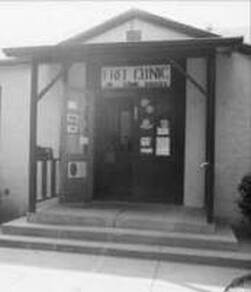 On March 1, 1971 the Free Clinic of Simi Valley opened, formed in part by the idealism of the decade of the 60’s and in part to meet a community need. The Free Clinic began providing medical services, family counseling, and other services. The space was donated by the Simi Valley Unified School District.  At this time, there were no services provided in the community by Ventura County Public Health.  All County health services were 45 miles away in Ventura. At this same time, Simi Valley was a young and growing community, with a rapidly expanding population under the age of 25. The Clinic was open only four days a week from 5:00pm to 8:00pm with medical services on Tuesday and Thursday evenings, focused on teenage health issues and marriage counseling. 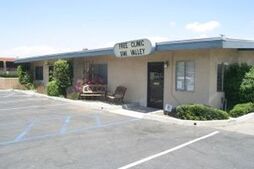 In 1973, the Free Clinic moved to a larger building located on Tapo Street and was open five days a week, primarily in the evenings. The Clinic occupied only half of the building. Here legal services were added and the Free Clinic became licensed.

During the next 20 years, medical services continued on Tuesday and Thursdays while counseling and legal continued to expand. In 1993, the Counseling Program, moved to a separate office site near Simi Valley Hospital. This allowed for an additional exam room to be created at the main Clinic site. In 2000, the Clinic leased the entire Tapo Street building and the Counseling Program reunited with the rest of the services. With this expansion, a dedicated legal office, administrative office, outside play yard and a group meeting room were created.  Services continued to grow and medical services eventually expanded to five days a week and the Clinic established a Licensed Pharmacy. In 2004, the Clinic opened a full service Dental Program, ironically in our original 1971 building.
For nearly 49 years, the Free Clinic provided services for its clients in two locations totaling roughly 5,200 square feet. In those two tiny spaces, more than 450,000 clients were served. On May 1, 2020, after operating multiple locations for nearly five decades, the Clinic took up occupancy in a new-state-of-the-art facility totally 14,000 square feet, of which the Clinic occupies 7,500 square feet - The Free Clinic Multi Services Center. ​ 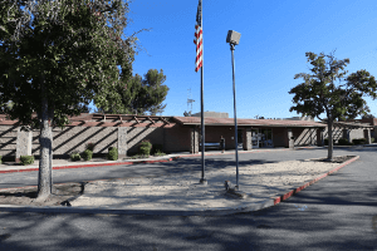 This new facility was made possible thanks to the County of Ventura for providing the building, and hundreds of generous donors for supporting a major capital campaign to build out the space. The Free Clinic Multi Services Center serves as home to the Free Clinic - which includes, nurses station, pharmacy, phlebotomist lab, four exam rooms, five dental stations, seven family counseling rooms - including two play therapy rooms, and legal offices; and the other half of the Center is home to several local non-profits, including Soaring Spirits International, Coalition for Family Harmony and Big Brothers Big Sisters. The idea behind the Center is to offer those in need access for both medical and human services in one location.
In 2020, the Free Clinic of Simi Valley was named a 2020 Nonprofit of the Year by the California State Legislature and California Association of Nonprofits, met the Gold Standard for Transparency from GuideStar, and the Gold Standard from the National Association of Free and Charitable Clinics.

In the past 50 years, the Free Clinic of Simi Valley has made an indelible imprint on the health and happiness of the Simi Valley community. Through the unwavering commitment of community volunteers, volunteer physicians, medical assistants, nurses, pharmacists, phlebotomists, dentists, hygienists, dental assistants, attorneys, paralegals, psychotherapy interns, trainees and supervisors, the Clinic has provided over 470,000 service contacts. Moreover, the Clinic has served as a training ground for over 179 doctors, ambulatory care physicians and MFT counselors. Currently, the Clinic is able to provide services at a mere $37.75 cost per visit.

Beyond the numbers, the Free Clinic of Simi Valley impacts the lives of its clients in immeasurable ways. Click on the images below to read just a few of their stories.